Fortune Selector is well-represented by its front cover, featuring a palm tree – the universal symbol of California – inverted. In fact, Enos formed the new Other Houses band and recorded Fortune Selector directly before relocating from California to New York. As he remembers, “I quickly and immediately dove into those sessions – mostly in living rooms and an after-hours art supply store – more committed to capturing an impulsive energy than worrying about technically perfect takes.” Most of Fortune Selector was recorded live in a single night, when Enos turned twenty-four, and these wonderfully hooky pop songs explore dichotomies – fame and insignificance, purity and impurity, New York and California.

After Fortune Selector was completed, Enos relocated to Brooklyn, reforming the backing band. “Looking back, I feel like many of the songs came from a charged, hot sense of anticipation of moving to the city,” says Enos, and that comes through in the tunes. The garage-rocking “Me as Periodicals” has a panic attack about leaving your legacy in Internet links, “Meaning of the Band” is a highly melodic put-down of what Enos calls “haircuts and vibes… the most excruciating music types you tend to run into,” and “Cats Know Me” is a ‘70s-style duet about longing to hang with the pack that Enos calls “the best song I’ve ever written.” 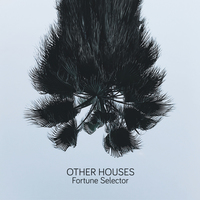